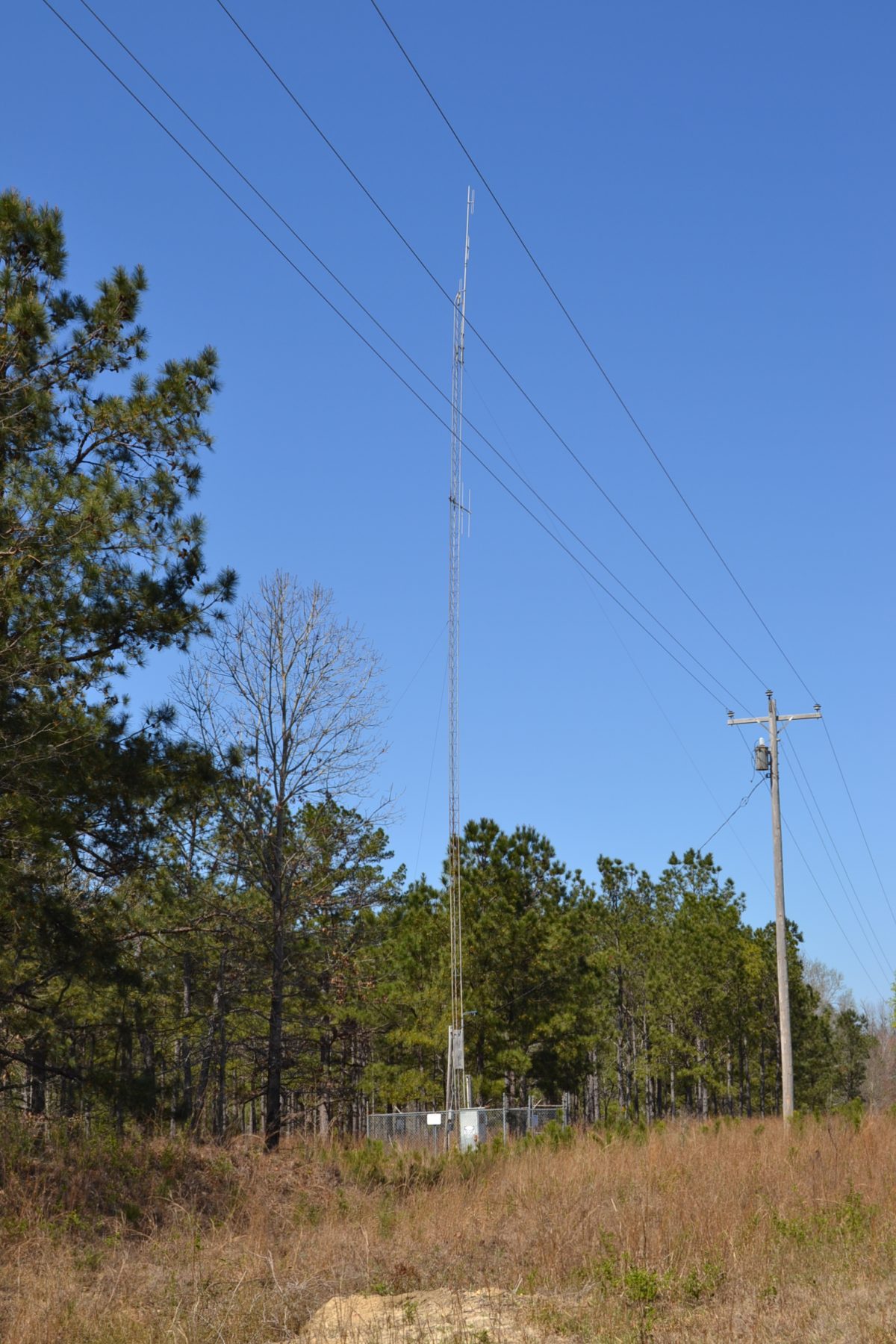 We have been monitoring the status of a tower in a community south of Opelika which was supposed to have been taken down a while back. This

tower has been (not so affectionately) nicknamed “Uncle Wobbly” because you can watch it precariously sway with the wind. It is also bowing and leaning very badly. All of this is because it only has three of the original guy wires still intact, and only two of those are actually supporting the tower. The guy wires are old and extremely rusted and six of the original nine guys have broken. Two guys remain on the back side of the tower at approximately the 60′ level, and one on the front at approximately the  80′ level.

The guy wire at the front (from the vantage point of the road — and utility lines — is the only top guy remaining, and it’s slack. That “slackness” is actually a good thing in this instance, because with the other two top guys missing, one can venture a pretty accurate guess as to what would happen if someone put much tension on that top/front guy.

This tower is only about 50 feet from the utility lines running parallel to the road. That has created a seriously hazardous situation. The tower is 110′ tall (including appurtanances.) Obviously, if it falls in the direction it is leaning, there is a high likelihood it will fall across the utility lines and the roadway. This decommissioned tower was slated for dismantling in the Fall of 2017 according to the tower owners, but that work has not yet been done.

We will not be the least bit surprised to get a call at any moment letting us know the tower has completely failed. We also would not be surprised to hear that it damaged the utility lines (and quite possibly the utility pole nearest the tower) and caused interruption of utilities for a lot of folks in the area.

Earlier this week, we had to go and do a little forensic inspection of a tower which was severely damaged by an electric company bushhog operator who was cutting and clearing the right-of-way. Here are a few photos of the damage and how the tower failed as a result of the incident.